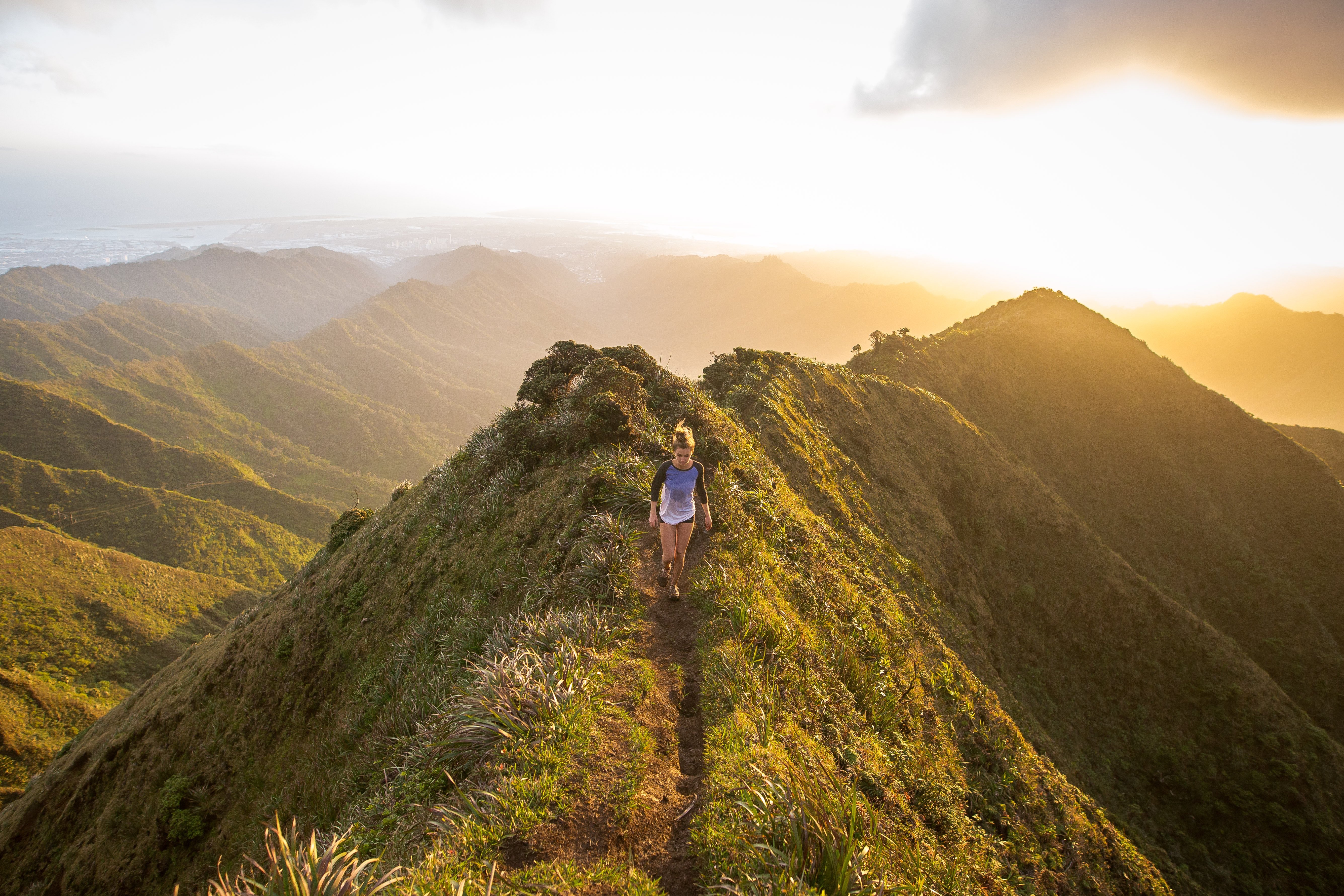 Three Road Blocks to Traveling and How to Overcome Them

Posted by:
Kathryn Llewellyn
January 18, 2020
Image to the left:

Three Road Blocks to Traveling and How to Overcome Them

Years of listening to my inner worrywart argue with my inner wanderer have made me acutely aware of the specific narratives that stop many of us from embarking upon the travels we crave, as well as a few tactics I’ve used to drown  them out. The below list enumerates the multiple reasons (ahem, excuses) my brain replayed, along with the ways in which I’ve begun to overcome them. I hope that airing these hesitations and fears will help debunk or disprove them and empower each of us to cast aside our doubts and embrace adventures, detours and roads-less-travelled!

Embarking on a travel adventure can sometimes feel as insurmountable as scaling the Canadian Rockies. But once you do, the view is just as spectacular. (Photo taken from a trip I took to Banff, Alberta — a destination I’ve wanted to see since childhood, and finally got to in February 2019 after quashing all my excuses not to go!)

"You’re running away.”   Does that sound familiar? One of the most common responses I’ve gotten when I voice feelings of restlessness, wanderlust or a desire to pack up and fly standby to wherever any airline will take me is “You’re just running away,” or another, seemingly more profound flavor of that very critique: “Everywhere you go, you bring yourself.”

I get it. Running off to a far-flung destination certainly does not sound like a clear solution to any of the ennui making such a significant change-of-scenery or escape seem necessary. It’s certainly not changing your habits, revamping your life and identity, or directly addressing whatever it is that has you stressed out and needing a break.

But let’s face it. Those can all be pretty formidable tasks, which don’t exactly break down into a few tactical action steps. In fact, purposelessness and restlessness may not even lend themselves to clear-cut answers or actions until you figure out their source. And how do you even begin to gain the time, perspective and clarity of mind to begin contemplating those questions? Although travel may seem like a mere distraction from doing so, it often provides the physical and emotional distance you need for such introspection. Both literally and figuratively, taking a few steps forward may require a few steps back. In this way, travel isn't merely "running away.” Instead, it creates the distance from one’s daily life necessary for seeing it in greater detail and luminosity. Travel harnesses the same magic as an impressionist painting.

As someone already wary of acting irresponsibly or irrationally, other peoples’ scrutiny and questions don’t exactly embolden me to harness that magic by seeking refuge from my daily grind while simultaneously confronting it from afar. Fearful of seeming like a do-nothing or a quitter, I often buckled down and grounded myself in my life in New York City, hoping my desire to see the world would fade. Instead, it only grew stronger…here are the secrets to changing that.

Change your playbook! . Instead of sharing plans and itinerary in advance, just book it—no second opinions, no reconsidering. I bought tickets to London, Paris, Canada, the Caribbean, as well as California, Maine, Florida and Puerto Rico—non-refundable, uninsured—and kept those plans to myself, the friends with whom I was traveling, and a few other confidantes who I knew would cheer me on. At first, I questioned whether my ego was too fragile to withstand a bit of well-intentioned scrutiny. But in hindsight, doing so enabled me to listen to my own intuition. Those trips taught me the freedom and vulnerability that come with arriving somewhere with no purpose, obligations or constraints other than one’s own whim. Although traveling did not directly change the circumstances of my life at home, it forced me to abandon the imperviousness that New York City cultivates and rewards. Far from home, I could fully experience the enchantment of new discoveries, and that wonderment inspired me to reconsider how I lived, so as to retain hints of the serendipity, excitement and solitude I’d experienced on the road.

”How do you afford to travel?” For the eternal pragmatists among us, time and money stand between us and nearly everything in life. Securing time off from work, coinciding with travel mates’ schedules and an optimally-priced itinerary requires masterful research and planning with considerable lead time. Then, of course, if you manage to surmount those first-world hurdles, you’ll also have to pay off the current pile of bills in your inbox before you can just up and go.

This looks like the part of the paragraph where I morph into millennial Suze Orman and urge you to skip the $5 coffee and devise a personal balance sheet. Spoiler alert, I’m not going to!!! However, here are a number of ways to cut costs and more effectively prioritize your time.  .” Doing so may require more thought than just tagging along with your friends and family to wherever they’re headed, not to mention additional discipline in saying no to certain other, necessary expenditures  (skipping the elixir-of-life-infused latte and deleting your GrubHub app) and a high level of accountability to personal enrichment—a realm the post-industrial psyche chronically undervalues.But with just a bit of additional discipline and foresight, anyone can more conscientiously align one’s calendar and wallet to the contents of one’s heart.

Writing out a travel “bucket list” of your dream destinations is one way to begin prioritizing and holding yourself accountable to your travel dreams—as is committing to at least an annual trip, or as many as your existing commitments allow. In addition to budgeting your time, also allocate yourself a certain amount of money for travel, which could come out of an annual bonus or incremental deductions from your salary, direct-deposited into an account separate from your main checking account.

Time prioritization strategies may also be your best money-saving strategies. For instance, if you and your travel mates have a long-standing, annual trip, you can secure time-off strategically aligned with existing paid holidays, thereby saving yourself a vacation days or two, or coinciding with your destination’s off-peak season.

”But what will my friends say?” Our fears of odther peoples’ opinions are often externalizations of the most formidable barriers to traveling: our own insecurities. After all, if we didn’t harbor our own preoccupations or concerns, other peoples’ wouldn’t sway us. Beneath constraints of time, money or someone else’s skepticism lurker deeper fears: , discomfort with uncertainty and unfamiliarity, and an inability to accept oneself without others’ validation.

Finding ways to avoid caving into our insecurities requires the cognitive circumvention, imagination and spontaneity. Luring yourself out of your comfort zone and facing your fears will help you overcome them. In this way, travel can teach you the magnitude of your own capabilities.

In Paris, for instance, I did something I'd never done in New York. I had always wanted to meet new people and learn a different language, but I feared conversation with strangers and felt acutely self-conscious of my clumsiness in languages other than my own. Liberated and emboldened by my ability to become anyone in a new city, I Googled "ways to meet practice French in Paris,” and came across a number of language exchanges, in which French speakers could practice their English with American expats, and vice versa. I agreed to a meeting that night after promising myself I’d make an Irish exit if conversation was slow in half an hours’ time.,  At the end of the night, I found myself lingering, engrossed in a livelier discussion of American politics than I’d ever had in America. Following a series of Francophone-Anglophone speed-dates, I learned that the harder I strained to form a new sound, the more my throat trapped the syllables. Saying the words with nonchalance and confidence—just going for it, so to speak—worked the best. When I was able to abandon my uncertainty and fear of misspeaking, I was able to speak the most clearly and authentically.

And perhaps the same is true for everything in life. Promise yourself that next adventure. Save the dates and save some money. You owe it to yourself.

Want to travel with the author?

Where?
When?
hosted by
Kathryn Llewellyn
SIGN ME UP!

Want to visit this country?

We loved it so much...
We're going again!

Hello 👋 This is Cassie, founder of Tripsha
My team and I created Tripsha to provide a place where people can gather and create, discover, and share trips led by other passionate travelers 🧳
Create your free account to:
🚀 Book once-in-a-lifetime group trips
💬 Chat with other travelers
🔔 Receive alerts when new trips are posted
⛳ Create and lead your own group trips
Create Account